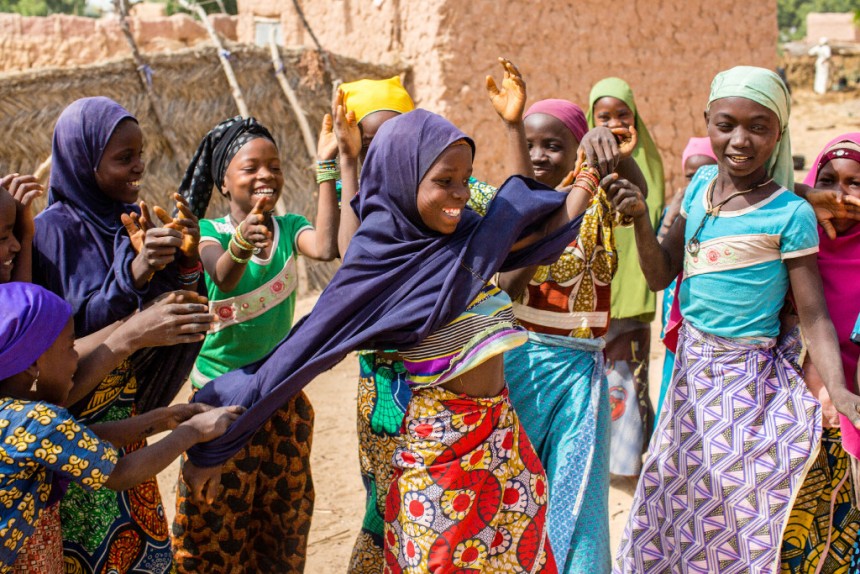 *This article was reposted from Global Partnership for Education

Save the Children conducted two studies in 3 African countries to examine the attitudes of young children and caregivers toward gender norms, used to facilitate discussions and inform policies and interventions in the education sector.

Sustainable Development Goal 5 – achieve gender quality and empowerment for all women and girls – is a global call to action to address the root causes of gender disparities. What does this mean in practice? What are the root causes? While there is no one-size-fits all approach, there is a growing consensus—and mounting evidence—that meaningful and sustainable progress towards SDG 5 requires a focus on social norms, specifically gender norms.

What exactly are gender norms? The term is used widely to encompass a range of phenomena, but in general gender norms are socially constructed codes about how to “be” a man, woman, boy or girl. From them flow a gender-based division of roles, opportunities, power and status. Harmful or unequal gender norms are those that dictate a lower social status for girls and women and normalize gender-based physical, sexual, emotional and economic abuse.

It follows that in order to track global progress towards gender equality, we need to measure these norms and their change over time. At Save the Children we have spent the last year piloting different approaches to measuring attitudes that reveal these socially constructed gender norms in the context of education programming.

Together with measures of learning outcomes and the educational environment, data on gender attitudes can provide the nuanced information we need to develop contextualized approaches to promote gender equality and evaluate the impact of our interventions. In this post I share what we have learned from two pilot studies.

As part of a baseline assessment for a gender-focused education program in Sierra Leone and Cote d’Ivoire called School Me, we assessed 4th grade students’ attitudes towards unequal gender norms, using items drawn from the Gender Equity Movement in Schools tool developed by the International Center for Research on Women. We piloted and adapted the tool in both countries through a mix of qualitative exploratory research and face validity testing. Findings are depicted in Figure 1.

In the data from both countries, it is clear that harmful gender norms are in place from an early age. In Sierra Leone, for example, 70% of 4th grade boys and 28% of girls agree that boys are smarter than girls. Boys are more likely to endorse statements about unequal gender norms, but these beliefs are common among girls, too. The difference between what boys think and what girls think is strongest for norms having to do with education and physical interactions.

In both countries, we also collected data on socioemotional and literacy skills. In Sierra Leone, we found no important differences between boys’ and girls’ skills at baseline, although it is worth mentioning that literacy skills were alarmingly low for both sexes (only 23% of 4th graders are able to read). In Cote d’Ivoire, girls have higher literacy skills than boys at baseline, but they have significantly lower self-concept (one of the socio-emotional outcomes we measured, similar to self-confidence). Thus, in these contexts, girls are learning foundational skills as well or better than boys, despite the fact that their day-to-day experiences at home, in the community and in the classroom are already sending the message that their rights and opportunities are limited just because they were born female.

Study 2: In Niger, caregivers give their opinions on gender norms

In Niger, we asked caregivers about their expectations and attitudes towards girls’ versus boys’ learning and education, as described in Figure 2 below.

Figure 2: Caregivers’ agreement with attitudes towards gender and education

The data from Niger show a diversity of opinions about gender and education. There is widespread agreement for the claim that girls should go to school for as long as boys (88% agree or strongly agree). The one statement with nearly unanimous agreement is Women who have completed primary school are more likely to be healthy and have healthy children than those who have not completed primary school (96% agree or strongly agree).

This stands in direct contrast to the oft-held assumption that rural, majority Muslim communities do not see value in educating their girl children or are directly opposed to educating girls. Opinions are more mixed when it comes to girls’ versus boys’ ability to learn and whose schooling should be prioritized when resources are limited.

What’s next? How are we using these data?

In Sierra Leone and Cote d’Ivoire, data on gender attitudes have been used as a discussion point with community members who have volunteered to be Gender Champions – leading their communities in identifying gender disparities and developing their own strategies to work towards gender equality.

In Niger, these data suggest that parents want to send their girls to school. Thus, rather than trying to build demand for girls education, in this context the most effective strategies will likely be those that help parents address the logistical and financial obstacles to sending girls to school, and ensure that learning environments are safe and gender inclusive.

In terms of measurement, these pilots are informative, but they are only the beginning. For one thing, the data we have does not allow us to differentiate between what respondents thinks they “should” say, versus what they actually believe and do in practice. However, it is worth mentioning that both are important. Knowing what respondents think is the “appropriate” response is a good indication of which norms are most salient to a given population group. Mackie, Moneti, Shakya and Denny (2015) offer an excellent description of how to isolate these constructs.

When we first started piloting these tools a little over a year ago there were very few examples of open-source tools that we could draw from. Recently a team of researchers at Johns Hopkins Bloomberg School of Public Health and the World Health Organization have made available a suite of tools to measure gender norms among adolescents aged 10 to 14. These tools have been rigorously piloted through an iterative qualitative and quantitative process in 15+ sites globally, as part of the Global early Adolescence Study. There are also alternatives ways to ask adults about gender norms, such as notions of masculinity (for example, the International Men and Gender Equality Survey by Promundo and partners).

Going forward, we look forward to improving how we measure gender attitudes, exploring the relation between learning outcomes and gender attitudes, and most importantly—working with education officials, teachers, families and other partners to use these data to drive home support for gender equality.

What do you think about the role of social norms in reaching SDG 5? How are you addressing unequal gender norms and documenting change? We welcome your comments and questions!

By creating an account you will be able to shop faster, be up to date on an order status, and keep track of the orders you have previously made.